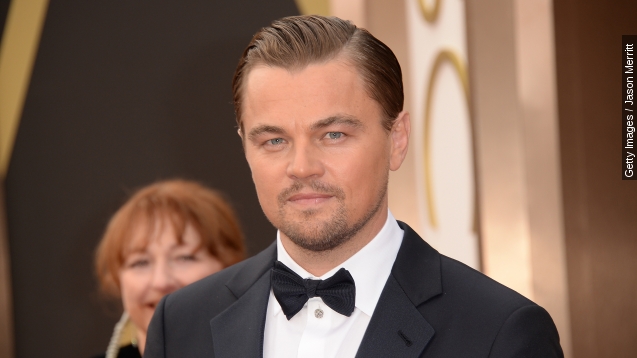 Leonardo DiCaprio is kinda, sorta engaged and is — therefore and forevermore — off the market ... maybe. (Video via Paramount Pictures / "Titanic")

Granted, the report comes from a tabloid magazine, so if this news turns out to be false, we can use it as a practice run on handling our emotions. (Video via Paramount Pictures / "The Wolf of Wall Street")

So who is this woman who stole the heart of one of the world's most eligible bachelors?

For starters, she's 15 years younger than he is. She's extremely smart — a trait we can only guess is much appreciated by Leo, who's a huge environmental activist and a U.N. Messenger of Peace.

She graduated from Georgetown University where she played Division 1 golf. She later attended the London Academy of Music and Dramatic Art.

Aside from her modeling career, she's also had several roles in TV and film — so she's probably understanding of Leo's demanding shooting schedules. And she's slated to star in that insanely star-studded untitled Woody Allen project.

Even if the two have been together for only a few months, Leo told CBS in 2014 he hopes to get married at some point.

Which seems interesting, considering the longer-term relationships he's been in over the years.

He dated Bar Refaeli on and off for almost five years and Gisele Bundchen from 2000-2005. He's also been linked to Victoria's Secret models Erin Heatherton and Toni Garrn, among a slew of unconfirmed romances.

If the engagement rumors are true, Leo could potentially secure two true loves this year — the other being the long-sought after Oscar for his role in the upcoming film "The Revenant."