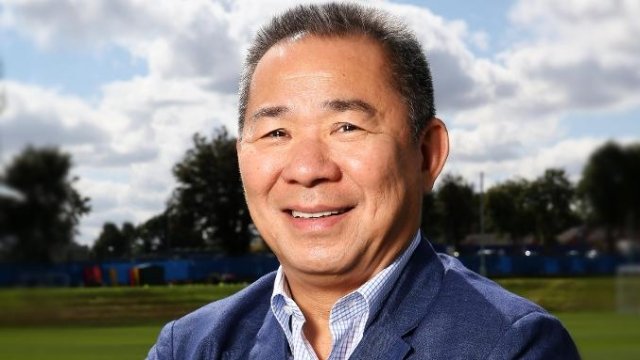 Leicester City confirmed the chairman's death Sunday in a statement calling him a man of kindness and generosity. The club said the four other people on board the helicopter also died.

Police in Leicester said the others are believed to be two of the chairman's staff members, the pilot and co-pilot.

Witnesses said the helicopter had taken off from the soccer pitch and just cleared the stadium when it lost control and crashed. Police say emergency crews were on the scene immediately.

The U.K. Air Accidents Investigation Branch is leading the investigation.