Lego Shortage: Everything Is Not Awesome 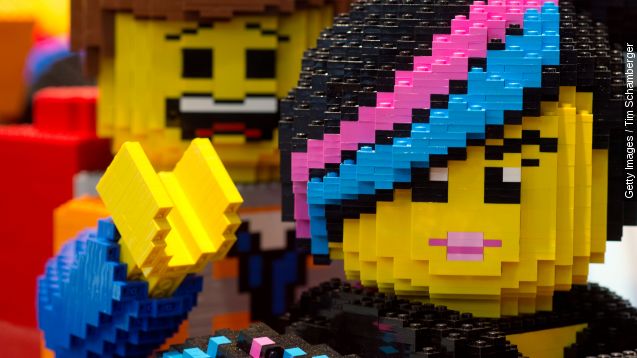 SMS
Lego Shortage: Everything Is Not Awesome
By Mari Jo Valero
By Mari Jo Valero
October 22, 2015
Lego says it might not have enough of those multicolored bricks for everyone this holiday season.
SHOW TRANSCRIPT

Don't freak out, but everything is NOT awesome for Lego lovers.

The toymaker says it might not have enough of those multicolored bricks for everyone this holiday season. (Video via Lego)

Lego is apparently overwhelmed by demand and is not taking any more orders in some European markets, including the company's native Denmark. (Video via Lego)

But it looks like the U.S. should be safe. A Lego spokesman told MarketWatch, "We don’t anticipate a problem in the American market. This has quickly been touted as a global problem, but it's only an issue some places in Europe."

There's still no word as to which exact markets may be without Legos this Christmas, but the company is working on building factories around the globe to make sure this doesn't happen again. (Video via Lego)

Lego said Tuesday it will expand three of its factories in Mexico, Hungary and Denmark. The company has a fourth factory in the Czech Republic, and it is also building a factory in China to further expand there.

Right now, a factory in Mexico's northern city of Monterrey supplies Legos to the U.S., while three factories supply the European market.

But it's not only the limit on manufacturing that's creating a shortage. The boost in sales in recent years also has something to do with it.

"Everything is awesome." (Video via Warner Bros. / 'The Lego Movie' )

With "The Lego Movie" in 2014 and the company's partnering with other strong brands such as Star Wars, Marvel and DC Comics, the company profit's have jumped.

"The Lego Movie" even got an Oscar nomination for its theme song, and the song was featured in the award ceremony. Oh, and let's not forget the fake Oscar made out of Legos.