LEGO Is Paying Tribute To The Spice Girls With New Set 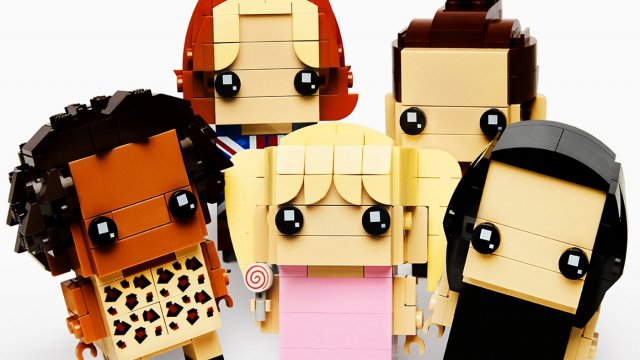 LEGO is paying tribute to one of the most iconic British bands in music history — the Spice Girls!

The multi-platinum icons first debuted in 1996 with "Spice," which holds the record for the best-selling album by a girl group.

On Wednesday, LEGO announced an official tribute set to the band, which includes all five members — Baby, Scary, Sporty, Ginger and Posh — in some of their famous outfits.

The Spice Girls now join other pop culture icons like Marilyn Monroe, The Beatles and Elvis in official LEGO commemoration. But unofficially, people have gotten a little creative.

From Freddie Mercury to Prince to Daft Punk, fans have recreated the music industry's greatest stars brick by brick.

For Spice Girl superfans, the official LEGO set — which comes out March 1 for $50 — is just another tribute to the group that defined "girl power" for an entire generation.

The band earned $78 million from their 2019 reunion tour, which featured just four of the original five members. And Mel B, better known as Scary Spice, is already teasing a 2023 comeback.