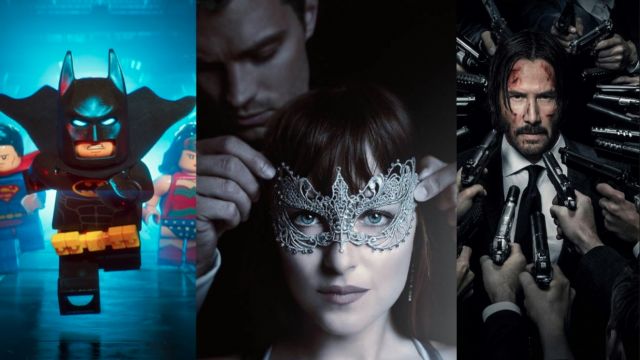 This was one of the few weekends at the movies when you could either relive your childhood or take adulthood up a notch.

Showing that there can be some justice at the box office, "The Lego Batman Movie" took the No.1 spot in an exceptionally crowded box office weekend. The two-hour toy commercial brought in an estimated $56 million domestically.

"It's a frenetic, unhinged celebration of all things Batman," IGN's Daniel Krupa said.

"The Lego Batman Movie" carries a rock solid 91 percent on Rotten Tomatoes, but at some point DC is going to have to figure out how to get similar praise for its live-action films.

On the opposite end of the spectrum in just about every way is "Fifty Shades Darker," which earned an estimated $47 million, proving that terrible popular books make popular terrible movies.

Although our favorite kinky couple couldn't keep up with the original "Fifty Shades of Grey" debut, they still managed the best worldwide debut of 2017.

If American audiences are growing tired of Anastasia Steele and Mr. Grey, foreign audiences are just getting strapped in. "Fifty Shades Darker" defeated all challengers overseas, bringing in a whopping $100 million there this weekend.

All the while making critics squirm.

"F**k it; we're gonna make it the soap. The silly goofy soap," What the Flick's Christy Lemire said. 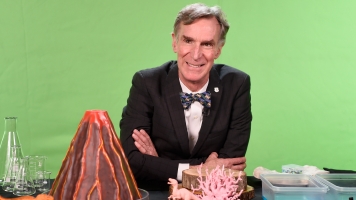 Check Out The Trailer For 'Bill Nye Saves The World'

What's equally surprising is "John Wick: Chapter 2" also has better reviews than the original. And this one didn't even have to kill an innocent dog to do it.

As for next week, Bostonian Matt Damon saves China in "The Great Wall."