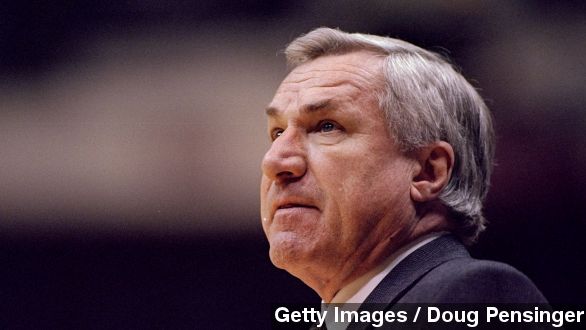 The University of North Carolina released a statement Sunday morning announcing the iconic basketball coach's passing. The Smith family said in that statement, "We are grateful for all the thoughts and prayers, and appreciate the continued respect for our privacy."

Smith coached the Tar Heels from 1961 to 1997, spending 36 seasons in Carolina blue. He retired as the winningest coach in NCAA history with 879 career wins. He still holds the record for the most consecutive 20-win seasons at 27 straight years.

When his coaching career was finally over, he had two national championships under his belt and 11 Final Four appearances.

Michael Jordan said after the news broke: "Other than my parents, no one had a greater influence on my life than Coach Smith. He was more than a coach — he was my mentor, my teacher, my second father."

Smith was known not only for his coaching ability but for his social activism. Smith recruited the university's first black scholarship athlete in 1966.

During the Medal Of Freedom ceremony, the announcer said, "He will forever stand as one of the greatest coaches in basketball history."

And in 2013, he was awarded the Presidential Medal of Freedom.

The hall of fame coach leaves behind his wife of nearly 40 years and five children.