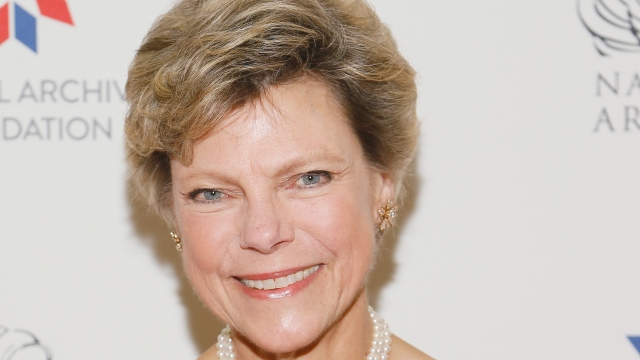 SMS
Legendary Journalist Cokie Roberts Dead At 75
By Briana Koeneman
By Briana Koeneman
September 17, 2019
Roberts' death was announced by ABC News, one of the several media outlets she worked with over the years.
SHOW TRANSCRIPT

Award-winning journalist and political commentator Cokie Roberts has died. She was 75 years old.

Roberts' death was announced by ABC News, one of the several media outlets she worked with over the years. The outlet said she died Tuesday due to complications from breast cancer.

Her family said in a statement: "We will miss Cokie beyond measure, both for her contributions and for her love and kindness."

After graduating college in 1964, Roberts kicked off her decades-long journalism career in radio. She worked as a foreign correspondent for CBS then moved on to NPR to cover Capitol Hill. She eventually served as the network's congressional correspondent and became known as one of the "founding mothers" of NPR.

In 1988, Roberts joined ABC News, where she worked for three decades. She received multiple awards and honors throughout her career, including three Emmys and an induction into the Broadcasting and Cable Hall of Fame.

On top of all that, she wrote multiple books and co-wrote a political column with her husband, Steven.

Roberts is survived by her husband, two children and grandchildren.