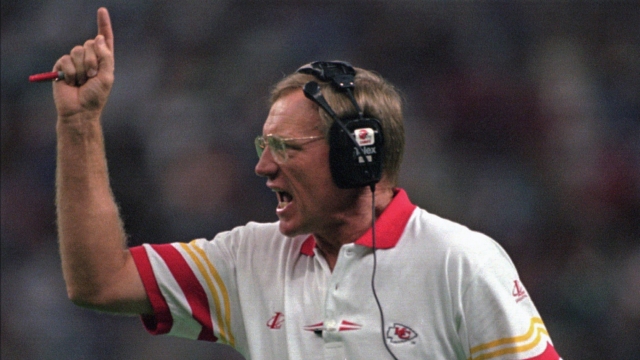 In his 21-season NFL career, he coached for Kansas City, Cleveland, San Diego and Washington.

The iconic former NFL coach Marty Schottenheimer has died at the age of 77.

He was moved to hospice care on Jan. 30 and his family said he passed away after a 7 year battle with Alzheimer's.

Schottenheimer is the eighth-winningest coach in NFL history with more than 200 regular-season wins among the four teams he coached.