Legal Scholars Debate Whether President Trump Should Be Impeached 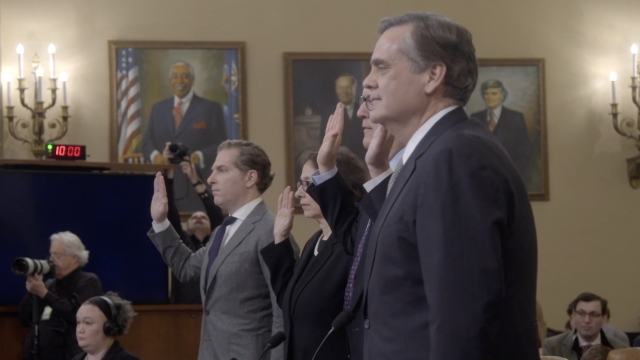 Four legal scholars, three requested by democrats and one by republicans, fielded questions about the constitutional law and what is grounds for impeachment. Democrats focused on defining high crimes and misdemeanors and sealing their case that President Trump abused his power.

Stanford Law Professor Pamela Karlan says it was E.U. Ambassador Gordon Sondland's testimony that solidified her opinion on abuse of power. Sondland said the "ask" was just for Ukrainian President Zelenskyy to announce an investigation into the Bidens and Bursima, not actually conduct one.

University of North Carolina Law Professor Michael Gerhardt rebuffed the Republican argument that since the withheld aid eventually flowed to Ukraine, there can be no quid pro quo. Republicans, on the other hand, criticized the process and what they say is a lack of evidence.

Their witness, George Washington University School of Law Professor Jonathan Turley is no stranger to these proceedings. He testified before a similar proceeding during the Clinton impeachment, which he supported.

Turley, who says he did not vote for the president, says the president's decision to fight subpoenas and direct officials not to testify is not grounds for an obstruction case.

Turley, and Republicans also argued the process is rushed, though the process has fallen under almost an identical timeline as the Clinton impeachment. Judiciary democrats will now decide whether to hold more hearings or make a decision on the drafting of articles of impeachment. No more hearings scheduled but the Trump administration has a deadline of December 6th to decide whether it will participate.