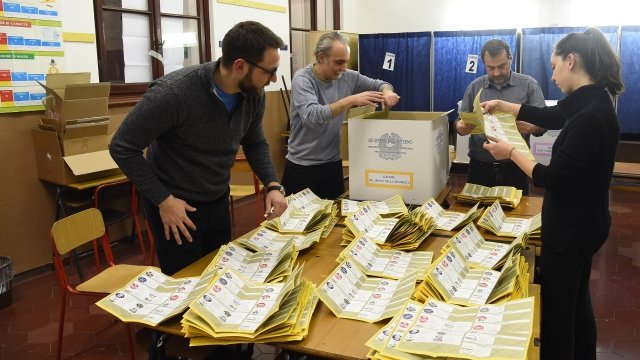 SMS
The Right Won Big In Italy's Election, Forcing A Hung Parliament
By Carter Woodiel
By Carter Woodiel
March 5, 2018
Up next is a potentially long negotiation to form a functioning government.
SHOW TRANSCRIPT

The biggest winner in the vote was a center-right coalition including Forza Italia, the party of former Prime Minister Silvio Berlusconi, and Lega, a right-wing party with an anti-immigration stance. The coalition earned 37 percent of the vote in early returns.

The anti-establishment Five Star Movement also did well, winning about a third of the vote on its own.

But none of that adds up to a majority. That means parties will now have to negotiate to form a functioning government — though no one's sure how long that will take.