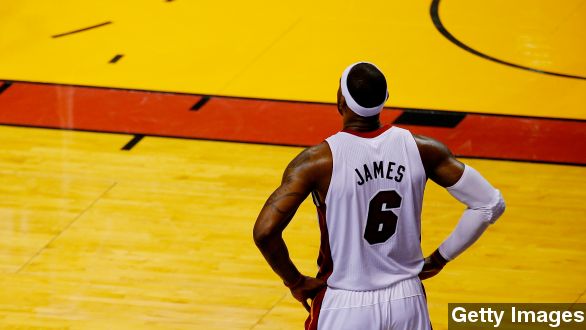 NBA free agency kicked off July 1st and all signs point to another circus this offseason with reporters serving as the ringleaders.

Then he followed that tweet up with two more, saying how this isn't a fact but just his "gut feeling" and "We'll see" (Via Twitter / @Chris_Broussard)

But, these 'disclaimer tweets' from Broussard two hours later were not nearly enough to stop the rumor mill from spinning off the hinges. In bold black ink all across the sports world, "Lebron James might be going to Cleveland."

And the best part is, that wasn't even the most entertaining King James rumor of the day.

To which the man in question responded, "I am? Sorry folks but enjoying weather in my backyard today" (Via Twitter / @cavsdan)

Then, similarly to Broussard, Joe Lull walks back his original statement saying just the plane is heading to South Florida. (Via Twitter / @LullOnSports)

"Shooting pictures of planes! This one today at the Ft. Lauderdale airport. It's registered to Cleveland Cavaliers Owner Dan Gilbert. We do not know if Gilbert was on the plane."

Dan Gilbert's plane as well as Chris  Broussard's gut feeling could both mean absolutely nothing, but as Deadspin points out, right or wrong, it seems sorting through it all has become your job, not the reporter's.

"Your challenge this week is to to separate the wheat from the chaff ... It's not easy, and it's not fun, but do you want to be an informed consumer, or do you want to spend your life chasing shiny things?"

While NBA free agency negotiations have been in full swing for almost a week now, free agents cannot sign with teams until July 8.