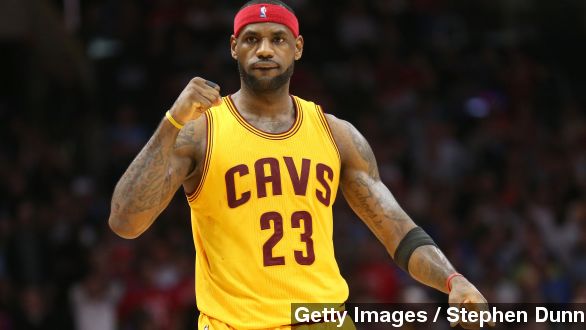 LeBron James is back with the Cleveland Cavaliers, and the beginning of his season was a bit of train wreck not only for him but for his hopeful fans as well. So, what's an NBA player to do? Well, dabble in films, of course.

Here's what James is making headlines for now: his budding career in the entertainment industry. The Hollywood Reporter has kept a close eye on his development.

The publication noted at the beginning of his season back with the Cavs, James pulled back on numerous projects including season three of "The LeBrons" and Universal's "Ballers" starring Kevin Hart.

However, he's now finding time to get back to entertainment projects and is surprising people all over, even director Judd Apatow.

James stars in the this summer's comedy "Trainwreck" by the acclaimed comedic director.

Apatow told The Hollywood Reporter in its latest big LeBron story: "LeBron is a very strong actor, and he has a fantastic sense of humor. We do a lot of improvisation, and he was really good at it."

That might be the key difference for James. Other NBA stars have dabbled in movies — Michael Jordan, Shaquille O'Neal, but their acclaim has been more cult than critical, and their appearances more cameo than credible.

Until now, James' roster of entertainment industry experience was limited.

He made an appearance in "Entourage" back in '09 and voiced a character in the 2011 animated series "The LeBrons."

But acting isn't even all he's dabbling in. James also started a production company, Spring Hill Productions, which is creating a repertoire of television shows and growing acclaim in the television industry.

While his entertainment career is firing up and laying the grounds for what will likely come after his NBA career, James' top priority continues to be basketball, and he shows no signs of slowing down.