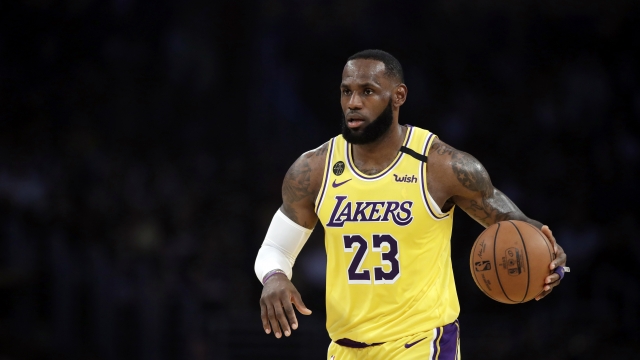 SMS
LeBron James To Forgo Social Justice Message On Jersey
By Gage Jackson
By Gage Jackson
July 12, 2020
James says he will not wear a social justice message on his jersey because the NBA effort doesn't "seriously resonate with my mission."
SHOW TRANSCRIPT

Los Angeles Lakers superstar LeBron James says he will not include any social justice messages on his jerseys when the season resumes at the end of the month.

As part of the NBA's restart plan, the league is allowing players to choose from an extensive list of social justice movements to highlight on the back of their jerseys. The agreement with the players association came after the death of George Floyd sparked nationwide protests over racial disparities.

James has been an advocate for many progressive causes throughout his 17-year career, including launching an African-American-focused get-out-the-vote group and starting a school for disadvantaged kids in hometown of Akron, Ohio. He emphasized his decision to opt out of the NBA effort means no disrespect to those participating.

According to ESPN, 285 of the expected 350 eligible NBA players have chosen a movement to highlight on their jerseys, while 17 will leave their jersey name as is.