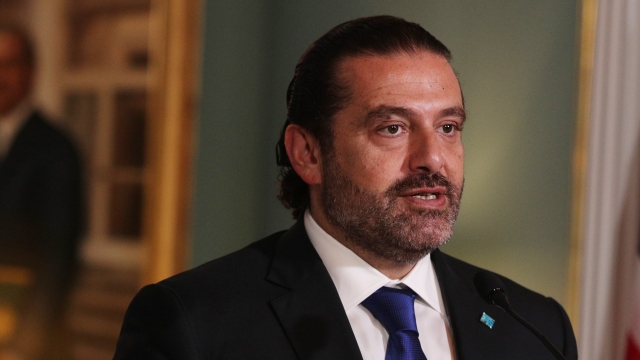 Protesters celebrated after he made the announcement.

Lebanon is facing an economic crisis and rising debt. The protests started over a proposed tax on Whatsapp phone calls. The government later dropped the proposal, but protesters shifted their focus and demanded government reform. These are the largest-scale protests the country has seen in more than 10 years.

During his resignation speech, Hariri said: "To all my political peers, our responsibility today is how to protect Lebanon and to uplift the economy. Today, there is a serious opportunity and we should not waste it."

Protesters are demanding new elections, but it's unclear if or when that will happen.