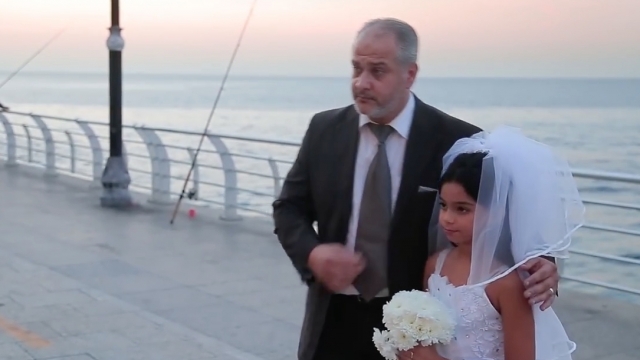 In Lebanon, 1 in every 100 people are married before their 15th birthday.

The bride and groom featured in this video are actors participating in a social experiment. This wedding shoot is a stunt, but realistic.

Around the world, 15 million girls under 18 are married each year.

In parts of Lebanon, girls as young as 9 can be married with a parent's approval. Without a parent's permission, it's 14.

According to the World Health Organization, complications from pregnancy and childbirth are the second-leading cause of death globally among girls ages 15 to 19.

That's an age group that still makes up 11 percent of the world's births.

Child marriage in Lebanon and around the world is often a product of poverty. Marrying off a daughter means one less mouth to feed.

Sometimes child marriage is seen as the best way to provide for a daughter who otherwise has few economic opportunities.

If governments do nothing to address child marriage, an estimated 1.2 billion girls will be married by 2050.

This video includes clips from the U.N. Population Fund and Human Rights Watch and images from Getty Images and the U.K. Department for International Development.