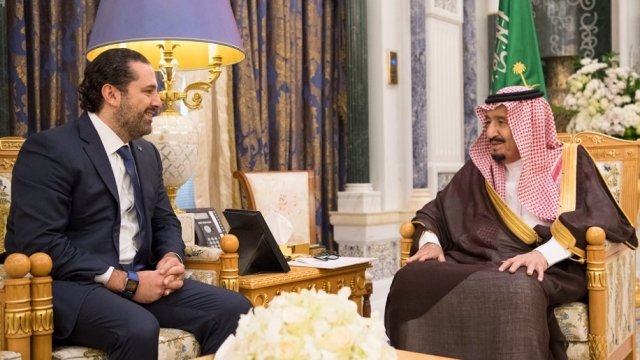 Office of the Lebanon Prime Minister

Almost a week after his resignation, former Lebanese Prime Minister Saad al-Hariri still hasn't returned to his home country. Now Lebanese officials say their former leader may be a political hostage for the Saudis.

Hariri first announced his resignation on Saudi-owned TV channel Al Arabiya during a visit to Saudi Arabia. He claimed he was worried about being assassinated, blaming Iranian influence in Lebanon.

The drills will include ground, air, sea and intelligence forces and focus on defending an attack along Israel's northern border.

Lebanon has recently become a flashpoint in the power struggle between Iran and Saudi Arabia. The Washington Post reports the Saudis may be trying to replace Hariri with his more hard-line brother.

The leader of Hezbollah, which is part of a coalition government with Hariri's party, deemed his resignation "blunt unprecedented interference" from Saudi Arabia and claimed it constituted an act of war.

Correction: A previous version of this video incorrectly said Al Arabiya is Saudi-based. The channel is Saudi-owned and based out of Dubai.