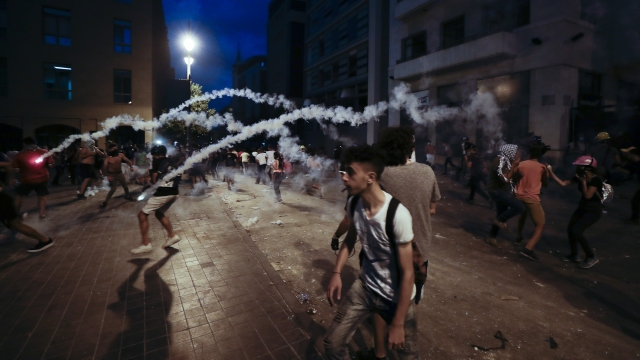 Lebanon's information minister has resigned following the deadly blast that killed at least 160 people and wounded nearly 6,000 in the nation's capital of Beirut. Manal Abdel Samad is the first senior government leader to quit in the wake of the explosion.

Protests have been raging since the tragedy on August 4. Hundreds of tons of ammonia nitrate were stockpiled in a port warehouse but it's still unclear what sparked the chemical explosion. Lebanon's president is blaming either negligence or "external intervention" though he admitted he's known about the stockpile for weeks.

Demonstrators fault the government and say mismanagement and corruption are to blame. On Saturday — the night before Samad stepped down — violent protests continued, with demonstrators occupying federal offices.

The head of the country's largest Christian denomination has called on the entire government to step down. Instead, the prime minister has promised early elections.