'Leaving Neverland' And The Reality Of Child Sexual Abuse 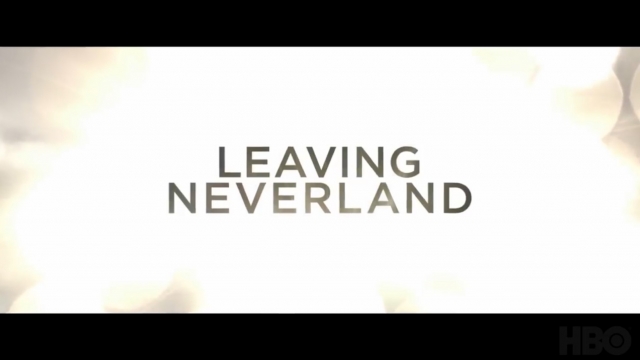 SMS
'Leaving Neverland' And The Reality Of Child Sexual Abuse
By Christian Bryant
By Christian Bryant
March 6, 2019
Katelyn Brewer, president and CEO of Darkness to Light, details the scope of child sexual abuse in the U.S. and how to end the epidemic.
SHOW TRANSCRIPT

In HBO's "Leaving Neverland," two men, Wade Robson and James Safechuck, allege they experienced years of childhood sexual abuse by Michael Jackson, one of the most influential artists of all time.

Robson: "He told me that if they ever found out what we were doing, he and I would go to jail."

Jackson's estate has denied these allegations, and Robson and Safechuck’s accounts have been called into question, at least in part because they both defended Jackson around the time of a 1993 lawsuit related to sex abuse.

Jackson: "There have been many disgusting statements made recently concerning allegations of improper conduct on my part."

We don't know the truth behind their allegations, but the problem described in "Leaving Neverland" is very real. Hundreds of thousands of American kids experience sexual abuse each year.

Newsy: "What is the scope of child sexual abuse?"

Brewer: "Darkness to Light's prevalence statistic is one in 10 children before the age of 18."

Katelyn Brewer is the president and CEO of Darkness to Light, a child sexual abuse prevention organization.

Brewer: "The CDC also breaks that down by gender. So they say one in four girls and one in six boys, before the age of 18, will be victims of child sexual abuse."

Robson and Safechuck were both well under 18 when the alleged abuse took place. They described being alone with Jackson for extended periods of time, which highlights a difficulty with spotting disturbing behavior before and after it takes place.

Brewer: "There are a lot of nuances of child sexual abuse, and one of them is that typically 90 percent of the time, the child … is being abused by someone that they and their family know and trust."

That was the case with Jackson and the accusers' families.

Robson: "Michael asked, 'Do you and the family want to come to Neverland?'"

Robson's mother: "You drive in and you forget about all of your problems. You were in Neverland. It was a fantasy."

Newsy: "What is the definition of grooming?"

Brewer: "Grooming is any act that slowly breaks down the barriers of a healthy relationship between an adult and a child and builds trust in an unhealthy way. … Typically, it's the act of trying to find alone time with a child that they are looking to perpetrate against."

Robson: "The days were filled with magical childhood adventure."

Brewer: "And these are all things to try and ingratiate themselves with the caregiver and the community around them."

Brewer says one possible way to end child sexual abuse is for communities to start a dialogue on a topic that might seem taboo. The #MeToo movement, movies like "The Tale," and documentaries like "Surviving R. Kelly"  and "Leaving Neverland" have all helped keep the discussion percolating.

Other solutions could include legislation like Erin's Law, which requires public schools to teach kids about personal body safety.

The law is named after Erin Merryn, an author, activist and child sexual assault survivor.

Erin Merryn: "I learned tornado drills, bus drills, fire drills. Yet there was nothing about how to speak up and tell if you're being abused."

And just recently, the Committee for Children, a nonprofit, asked Congress for $10 million in federal funding for research and prevention programs for child sexual abuse.

In the meantime, Brewer says parents and caregivers should trust their gut when sniffing out behavior that can lead to child sexual abuse.

Brewer: "Lean into that feeling. It's really scary to feel like you may be onto something. But I can guarantee you that it's going to make that child's life a whole lot easier. If you make the adult uncomfortable, you might not enjoy it. It might not be a comfortable feeling to say, you know, 'I think you're spending too much time with this kid.' But you might also save that child's entire adulthood."

If you need help or want more information on how to identify or stop child sexual abuse, you can call the National Sexual Assault Hotline at 1-800-656-4673 or visit Darkness to Light at D2L.org.