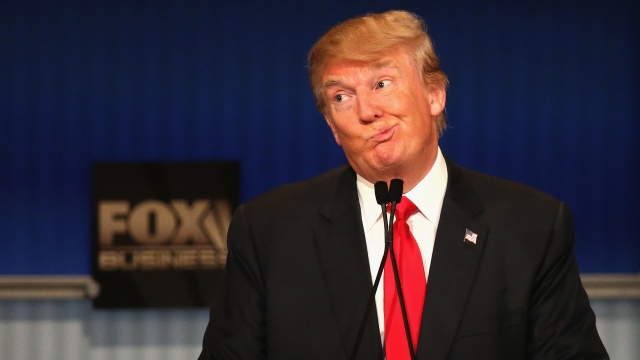 In a clip from 2005, Donald Trump talks about being able to "do anything" to women because he's a celebrity.

"There's nobody — nobody that has more respect for women than I do," Donald Trump said this week in Las Vegas.

"Whatever you want," said another man, apparently Billy Bush.

In the leaked video obtained by The Washington Post, you can hear Trump talking on a bus before an "Access Hollywood" segment about a cameo he made on "Days of Our Lives."

The "I don't even wait" and "they let you do it" are especially troubling, given that Donald Trump has faced allegations of sexual harassment in the past.

Though he's skirted apologies with past incidents, Trump did issue a three sentence mea culpa, calling the comments "locker room banter" and apologizing if anyone was offended.

In the video, Trump also admitted trying to seduce a married woman. It's unclear exactly when that incident happened, but the conversation took place just after he married his third wife, Melania.

"I moved on her like a b----, but I couldn't get there. And she was married. Then all of a sudden I see her. She's now got the big phony t--- and everything," Trump said.