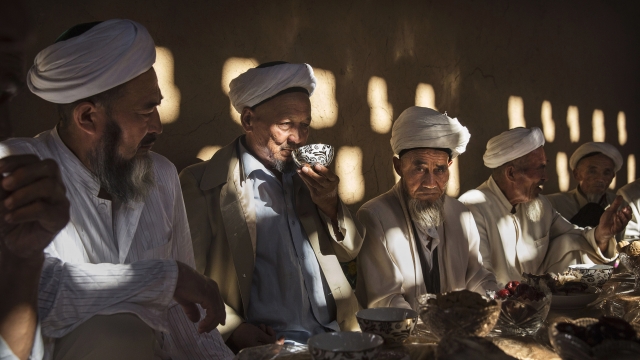 SMS
Leaked Data Reveals China Detained Uighurs Due To Their Religion
By Ahmed Jawadi
By Ahmed Jawadi
February 19, 2020
​The database includes information on more than 300 Uighur detainees –​ as well as records on their relatives, friends and neighbors.
SHOW TRANSCRIPT

The database, which was obtained by multiple media outlets, includes information on more than 300 detainees from a Uighur-majority county in the Xinjiang region. What's startling is that the data not only includes information on those individuals — like where they live and their national ID numbers — but also records on their relatives, friends and neighbors. All in all, roughly 3,000 people are profiled in this document, regardless of whether they've committed any crimes.

The main purpose of the database is to determine whether detainees should be released from what the Chinese government calls "re-education" camps. The government has maintained it only detains those with extremist ties, but the document shows people could be targeted for seemingly arbitrary things, like having too many kids or growing a long beard. There's also a particular emphasis on people's religious practices, like whether they pray before a meal or observe religious holidays. When it comes to deciding whether a detainee is eligible for release, the document shows that in many cases, the backgrounds of their family members are considered more carefully than the detainees' own behavior.

The database is the latest in a string of leaked documents revealing the Chinese government's efforts to crack down on Uighurs and other Muslim minority groups. The U.N. estimates at least 1 million ethnic minorities have been detained at these camps since 2017.