Lead Found In Tap Water In Some Chicago Homes 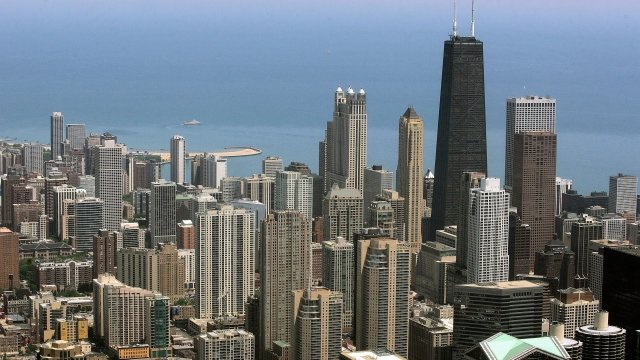 SMS
Lead Found In Tap Water In Some Chicago Homes
By Ethan Weston
By Ethan Weston
April 14, 2018
The Chicago Tribune analyzed results of test kits and found that almost 2,000 homes across the city had lead in their tap water.
SHOW TRANSCRIPT

Chicagoans might want to test their water — the Chicago Tribune reports lead was found in almost 2,000 homes across the city.

The city began passing out free test kits in 2016. In a recent report, the Tribune said it analyzed the results. The outlet said of the 2,797 homes tested, more than 800 had concentrations of lead above the maximum level the U.S. Food and Drug Administration allows in bottled water.

Consuming lead can cause brain damage or learning and developmental disabilities in kids. In adults, the metal can cause weakness, memory loss, kidney damage and brain damage.

The lead found in the water in Chicago is mainly due to service lines — the piping connecting street mains to homes. The city's plumbing code required, for nearly a century, that those lines be lead pipes.

Chicago's Mayor Rahm Emanuel has been working to replace the city's public water system. But, the city says replacing those service lines is up to individual homeowners.