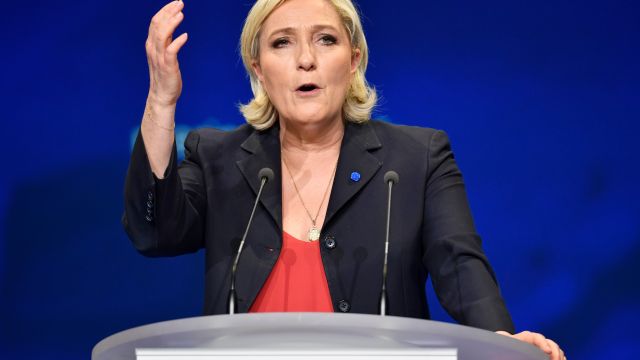 Marine Le Pen's bid to become France's next president is caught up in accusations of Holocaust denial — again.

Le Pen has made it to the final round of France's presidential race. To attract more votes and distance herself from the image of the far-right National Front party, she recently stepped aside as its leader.

Anti-Semitism has been a tough subject for Le Pen in the past. She was recently accused of downplaying French collaboration in the Nazis' mass roundup of Jews in Paris.

Her father, National Front founder Jean-Marie Le Pen, has been fined for his own comments on the Holocaust.

Marine Le Pen will face the more centrist Emmanuel Macron at the ballot box May 7. Le Pen is currently behind in the polls but could benefit from anemic turnout on Macron's side.