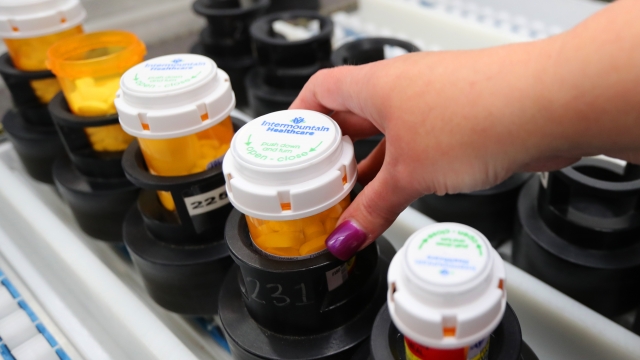 A new proposal could make it possible for every city and county in the U.S. to be included in future settlements with opioid drugmakers.

Attorneys involved in the consolidated nationwide lawsuit against certain opioid manufacturers have filed a motion to create a new settlement arrangement that all municipalities could choose to be a part of — not just the plaintiffs in the cases.

Let's back up: In 2017, hundreds of lawsuits from local governments against pharmaceutical companies for their alleged role in the opioid epidemic were consolidated and assigned to a Cleveland federal court. Now, Judge Dan Polster is overseeing more than 1,000 of those federal cases in what's known as multi-district litigation.

The lawsuits allege that multiple drugmakers, including well-known names like Johnson & Johnson and Purdue Pharma, helped fuel the national opioid epidemic by using deceptive marketing practices and downplaying the addictiveness of their painkillers.

Then, last Friday, lawyers behind the case floated the idea of creating a "negotiation class," which would consist of every municipality in the U.S., assuming they don't choose to opt out.

That group would be able to participate in and vote on a settlement offer, with 75% of votes needed in order for it to be accepted collectively. Any final deal would still need judicial approval.

The goal is to encourage drugmakers to negotiate a comprehensive settlement more quickly — in theory, if every U.S. municipality is included in negotiations, drugmakers don't have to worry too much about future local lawsuits.

While some legal experts call the plan "novel," it's not an entirely new concept. Sources point out to The New York Times that it builds on framework from previous cases.

It's not a done deal yet, though. The attorneys are inviting public comment from negotiation class members on the issue, and a preliminary hearing is scheduled for later this month.

The first trial in the collective litigation is set for October.