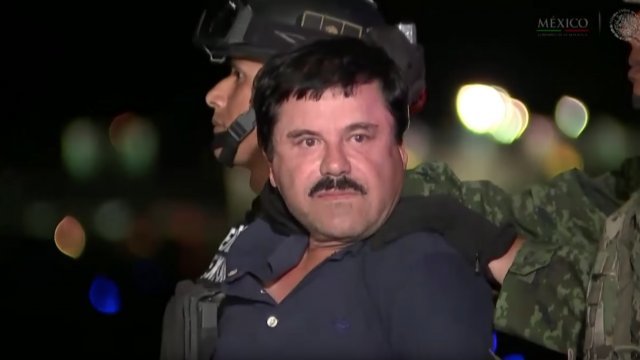 SMS
Lawyers For Drug Kingpin 'El Chapo' Want His Trial Postponed
By Lindsey Pulse
By Lindsey Pulse
December 26, 2017
Guzmán's lead attorney says the team isn't getting paid and that it needs more time to go over the huge amount of evidence.
SHOW TRANSCRIPT

The legal team for Joaquín Guzmán Loera, better known as "El Chapo," is requesting that his trial be postponed.

The drug kingpin's lead attorney filed documents on Dec. 24 asking that the trial start in August or September, rather than in April 2018. Guzmán led Mexico's notorious Sinaloa cartel. 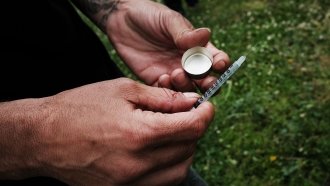 The Cost Of America's War On Drugs

The team wants a delay for a couple reasons. One — they say they're not getting paid. Guzmán is in strict solitary confinement and that has purportedly made it difficult for him to get messages to someone who can pay his legal fees.

Plus, the confinement has posed a challenge for reviewing evidence. Guzmán can only see his attorneys through a plexiglass barrier and get documents through a drawer in the separating wall or on a government-issued laptop.

The legal team also says it needs more time to go over the thousands of pages of evidence.