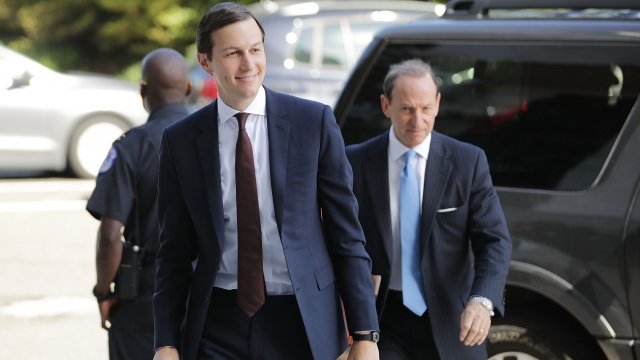 It might seem strange for Kushner's attorney to say that, but because he did, some say he downplayed the significance.

Kushner's lawyer said he sent "fewer than 100 emails" from that private account. The attorney also mentioned most of those emails were "forwarded news articles or political commentary."

Of course, Trump hammered Hillary Clinton during the campaign for using a private email account when she was secretary of state.

But Kushner's and Clinton's use differ.

Jared Kushner: 'I Did Not Collude' With The Russian Government

Politico notes there are no signs Kushner used his private account to send classified information, which Clinton did.

And an anonymous official told The New York Times Kushner hasn't set up a private email server, which Clinton was criticized for.

But even minor indiscretions could cause problems for Kushner. He's already faced some scrutiny in the ongoing investigations into Russian meddling in the U.S. election.