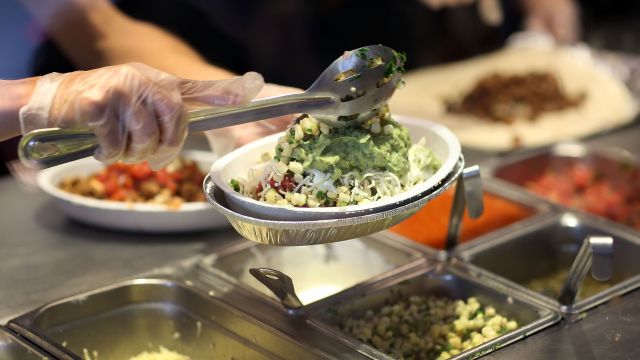 When Chipotle briefly shuttered its stores nationwide Monday to deal with a bad run of food poisoning, the burrito chain offered its customers some free food by way of apology. All you had to do was text the word "raincheck" to 888-222 between 11 a.m. and 6 p.m. EST Monday. (Video via Chipotle Mexican Grill)

But apparently following directions is hard. More than 200 people in Maryland added an extra "2" to that number, and accidentally texted a lawyer named Hank Levine.

The first "raincheck" text came in to Levine’s cell phone around 9 a.m. Levine told ABC he responded to the unknown number with a question mark. It didn't take long for him to get clued in.

Levine told The Washington Post, "The first thing I did was get my free burrito, because I don’t dislike burritos."

Levine tried to set things straight. He created a Twitter account to get the word out about the mix-up and contacted Chipotle hoping the company would still provide a coupon for people who texted the wrong number.

It turns out his number might not be the only one that was accidentally texted by burrito-hungry customers. A spokesperson with the company told Levine they were investigating "similar situations elswhere."

As for Levine? He'll get a few free meals for his trouble. No word on if they'll charge him extra for guac. (Video via Chipotle Mexican Grill)