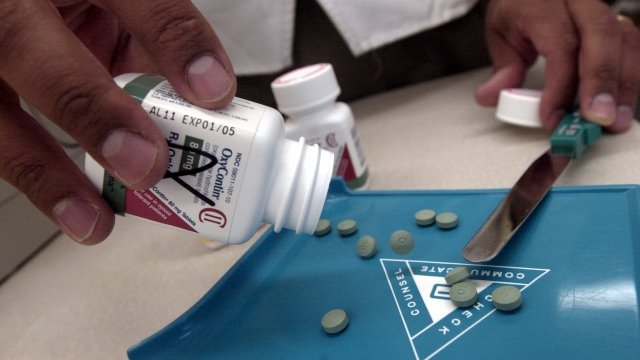 A newly unredacted lawsuit against OxyContin maker Purdue Pharma is shedding light on the company's marketing decisions and profits.

The state of Massachusetts filed a lawsuit in June of last year against Purdue and members of the Sackler family, which owns the drug manufacturer. It claims the defendants contributed to the opioid epidemic by downplaying the addictiveness of its painkiller.

On Monday, a judge ordered the full lawsuit to be made public.

The suit details communications between Sackler family members, including some in which executives reportedly discuss how to promote higher strengths of OxyContin.

It also discloses the billions of dollars the Sackler family has allegedly received from Purdue, claiming the family was paid more than $4 billion in profits from the opioid over the course of more than a decade.

In a statement, Purdue said the suit's claims lack clear evidence, adding that it's worked with governments and law enforcement to address the nation's opioid crisis.

This isn't the first time the pharmaceutical company has been accused of helping fuel the national opioid epidemic.

Multiple other states and local entities have sued Purdue, but Massachusetts' lawsuit was the first to name 16 current and former executives and board members as defendants.