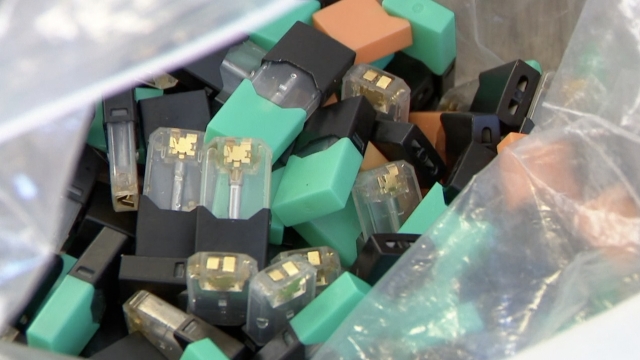 In the lawsuit, Siddharth Breja says Juul fired him for raising concerns with senior management about the company's sale of "one million mint-flavored e-cigarette nicotine pods that it admits were contaminated." He says he urged executives to issue a public safety notice about the pods. He also says he complained that the company was selling expired products and asked Juul to put expiration or manufacturing dates on its packaging.

Breja alleges then-CEO Kevin Burns responded: "Half our customers are drunk and vaping like mo-fos, who the f--- is going to notice the quality of our pods."

According to the suit, Juul acknowledged the contaminated batch and told him to charge suppliers for it. A Juul spokesperson said Breja's accusations are "baseless" and that he was fired "because he failed to demonstrate the leadership qualities needed in his role." The company plans to "vigorously defend" itself against the suit.

Breja alleges then-CFO Tim Danaher told him to "remember his loyalty" to Juul and that "stockholders would lose significant personal wealth should he make his concerns public." Danaher left the company on Tuesday.

The lawsuit says Breja was worried about public safety amid reports that some Juul users suffered seizures. There have been reports of more than 1,600 lung injury cases and 35 deaths related to vaping across the country. Health officials say they're still investigating several products to pinpoint the cause. While investigators have linked many cases to black-market THC products, other cases have been linked to nicotine products like Juul, and some are linked to both.

Earlier this month, Juul announced it had stopped selling flavored products, except for tobacco- and menthol-flavored pods, on its website. It had already stopped selling the flavors in stores amid accusations that it had contributed to the teen vaping epidemic. On Tuesday, Juul's new CEO said the company will cut 500 jobs by the end of the year in "a necessary reset."