6 Kansas Teenagers Are Running For Governor, And Adults Aren't Happy 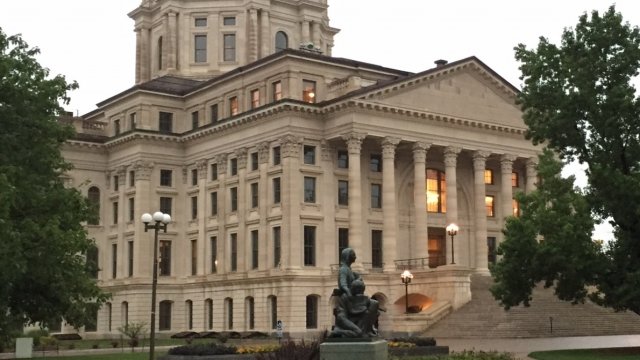 SMS
6 Kansas Teenagers Are Running For Governor, And Adults Aren't Happy
By Ethan Weston
By Ethan Weston
February 11, 2018
There are no laws about who can run for governor in the state. Its legislature is trying to fix that.
SHOW TRANSCRIPT

There's a generational battle brewing in Kansas. Six teenagers are running for the state's governorship, and adults in the legislature aren't pleased.

Back in August, the first teen candidate, Jack Bergeson, told The Kansas City Star his interest in running was sparked when he realized Kansas had no laws about who could run for governor.

Since then, five other teens have joined in the race. But in January, a state representative introduced a bill that would ban anyone too young to vote from running for governor. All the teens running are under 18.

But the bill wouldn't actually affect the 2018 election, so this group still has a chance.