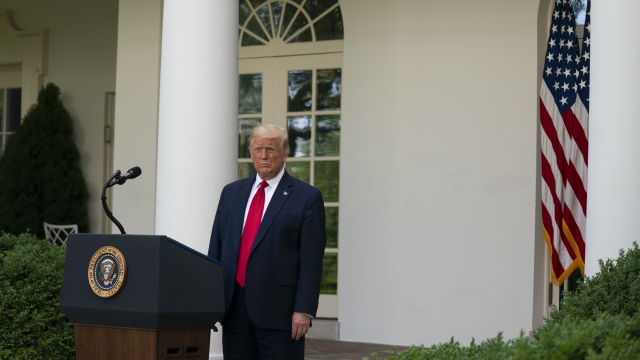 SMS
Lawmakers Urge White House To Cancel D.C. July 4th Celebration
By Ahmed Jawadi
By Ahmed Jawadi
May 27, 2020
The group said an Independence Day gathering in the National Mall ​"would needlessly risk the health and safety of thousands of Americans."
SHOW TRANSCRIPT

Lawmakers representing the Washington, D.C., area are calling on the Trump administration to cancel this year's Fourth of July celebration in the nation's capital amid the coronavirus pandemic.

In a letter sent to Defense Secretary Mark Esper and Interior Secretary David Bernhardt on Tuesday, the group of lawmakers expressed "serious concerns" that an Independence Day gathering in the National Mall "would needlessly risk the health and safety of thousands of Americans."

They argued it would be logistically impossible to hold such a large event safely, and would "significantly increase the threat of community spread" in a region that's already among the hardest hit by the coronavirus. They also said the event would "come at the cost of millions of taxpayer dollars" at a time when people across the country are facing economic hardships.

Last year's Independence Day celebration in DC featured a parade, a military jet flyover and speeches that drew tens of thousands of people. President Donald Trump said last month he still plans to hold another "Salute to America" event this summer, adding it will probably have to be smaller and more spaced-out than in 2019.

A White House spokesperson reiterated that sentiment on Tuesday, saying in a statement: "The American people have shown tremendous courage and spirit in the fight against this global pandemic just as our forefathers did in the fight to secure our independence, and both deserve celebration on America's birthday this year."