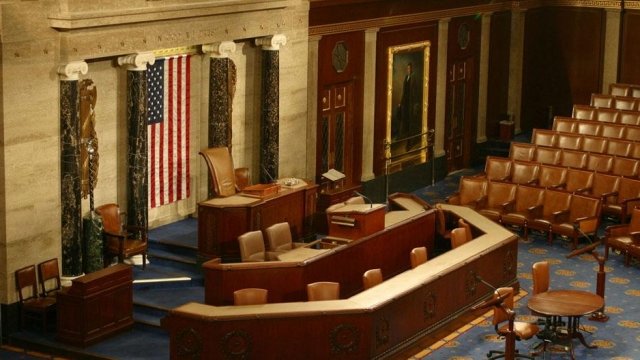 House Democrats are urging Education Secretary Betsy DeVos not to let states use federal funds to buy guns for teachers.

They sent a letter signed by 173 of the 193 Democrats in the lower chamber of Congress.

It comes a week after reports that DeVos and the Education Department may be looking into letting states use federal funds to pay for firearms and firearms training for schools.

The move would run counter to a decision Congress made in March that allocated $50 million a year to schools for security but states the money shouldn't be used to purchase weapons.

In the letter, lawmakers asked DeVos to use her authority to clarify that grants awarded through one federal education law "may not be used to arm teachers and other school staff." That law currently doesn't specifically prohibit the use of the funds to purchase firearms.

But the letter pointed out that the law does include a section that defines "drug and violence prevention" as a program that fosters "the creation and maintenance of a school environment free of weapons."

Lawmakers said if DeVos allowed schools to use those funds to purchase firearms, it would not only violate "intent, but it also clearly contradicts the plain reading of the statute."

They also said that Congress' opposition to using federal funds to provide guns for schools isn't up for interpretation.