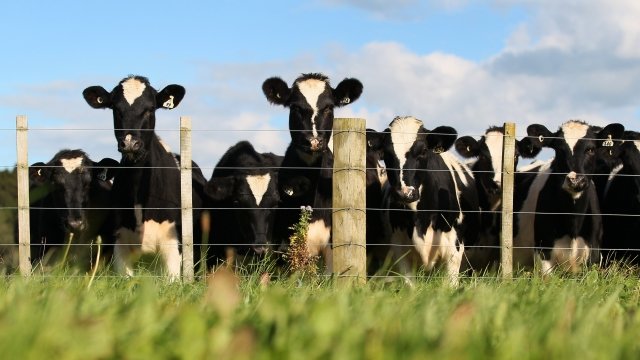 By Katie Cammarata
December 11, 2018
The measure will reportedly cost $867 billion over the period of 10 years.
SHOW TRANSCRIPT

Lawmakers have unveiled the 807-page text of the long-awaited bipartisan 2018 farm bill compromise.

The House and Senate Agriculture committees announced they'd come to an agreement on the bill in November but were still working on the language.

Committee staffers told NPR the measure would cost $867 billion over a period of 10 years. Lawmakers are hoping to vote on the legislation and get it to the president's desk this week.

The farm bill is a major piece of legislation that needs to be passed every five years. It sets rules for things like agriculture, nutrition, conservation and forestry policies. The House and Senate each passed their own version of the bill earlier this year.

One of the sticking points until now was imposing certain work requirements for food stamps. The House included one in its version of the measure, but the Senate didn't. The updated compromise doesn't include the requirement.

The legislation also extends eligibility for crop subsidies. Right now, the government provides $125,000 for each person in a farmer's immediate family, but the new legislation extends that subsidy eligibility to the farmer's nieces, nephews and first cousins.