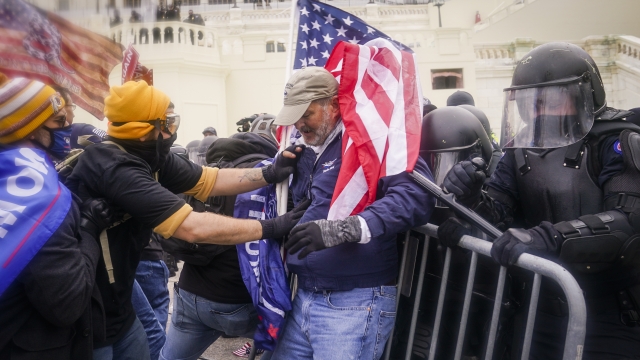 A state delegate from West Virginia was part of the mob that stormed the Capitol.

Several state lawmakers are under fire for traveling to D.C. for the pro-Trump riot.

A state delegate from West Virginia was part of the mob that stormed the capitol.

Lawmakers from both sides of the aisle are calling for Derrick Evans to resign.

Evans recorded himself breaching the Capitol with the large crowd.

Several other lawmakers took part in the demonstration — but deny being part of the mob.