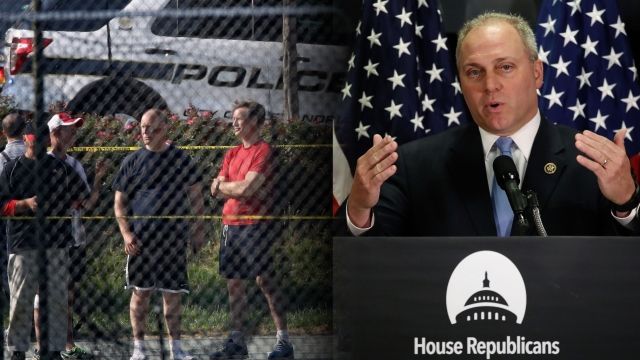 Most members of Congress don't typically have any security assigned to protect them.

But Louisiana Rep. Steve Scalise is one of the members of congressional leadership who gets protection from U.S. Capitol Police.

Certain members of majority and minority leadership in the House and Senate have security details, according to NBC News.

Scalise, who is the majority whip, and three others were shot during an early morning congressional Republican baseball practice Wednesday.

Scalise's detail included two members of the Capitol Police who helped bring down the gunman, even though one was shot. The other officer sustained minor injuries.

"Thank goodness Steve was there at practice today. Had he not been, his detail wouldn't have been there," Sen. Jeff Flake of Arizona told MSNBC.

"If they wouldn't have been there, this would have been a massacre of innocent people," Rep. Rodney Davis of Illinois told CNN.

"Without them, it would have been a massacre. There would have been no stopping this guy," Sen. Rand Paul of Kentucky said of House Majority Whip Steve Scalise's security detail on Fox News.

The incident has already raised questions about increased security for rank-and-file members of Congress — or at least groups of them.

According to multiple officials, there were around 25 members of Congress at the practice, not to mention staffers and several children. Had a member of leadership not attended practice, there likely wouldn't have been any security.

When asked by reporters whether there's usually a security detail, Rep. Joe Barton, the manager of the Republican team, said, "Yeah, there is." Though it's unclear if that's because a member of leadership typically practices. 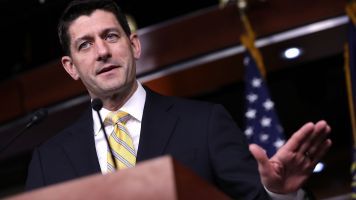 The email reportedly said, "One down, 216 to go." 217 Republican members of the House voted for the American Health Care Act, which repeals and replaces the Affordable Care Act. Tenney has reported the email to Capitol Police.

Her colleague Republican Rep. Chris Collins told Buffalo station WKBW he now plans to carry a firearm with him while at public events.

"On a rare occasion, I'd have my gun in the glove box or something. But it's going to be in my pocket from this day forward," Collins, who has a concealed carry permit, said.

Immediately after the shooting, security was sent to protect the Democratic congressional baseball team that was practicing at another location. U.S. Capitol Police also stepped up their presence around the Capitol.

But Wednesday's incident, as well as the 2011 shooting of then-Democratic Rep. Gabrielle Giffords in Tucson, didn't take place on Capitol Hill.

In a statement Wednesday morning, Giffords said she was "heartbroken" and called the shooting "an attack on all who serve and on all who participate in our democracy."