Lawmakers React To President Trump's Order To Keep Families Together 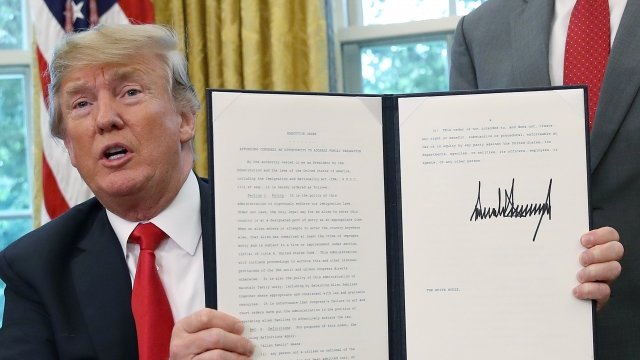 Using his power of the pen, President Donald Trump signed an executive order Wednesday to end the practice of separating families at the U.S.' southern border.

Trump signed the order amid growing outrage over the practice, which saw migrant children separated from parents who were detained after trying to enter the U.S. illegally.

Lawmakers on Capitol Hill are working to come up with a legislative solution, too. Republicans praised Trump's decision to sign the order, but said the best solution is to fix America's broken immigration system. 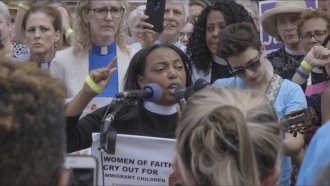 "I'm pleased to see the president take action. The government should not be separating families from children. I also believe that Congress needs to act. We need a permanent legislative solution," said Republican Rep. Cathy McMorris Rodgers.

Democrats, while relieved the new order would help keep families together, remain skeptical about the details of Trump's order.

"Until I see what he signs I still have a lot of doubt, because I have not seen the president express compassion for the people who are at the border. I have not seen him open his heart and express that this is not a political issue," Democratic Rep. Pramila Jayapal said.

Republicans in both chambers have introduced standalone legislation to address the family separation issue. Democrats in the Senate have done the same. The House is set to vote Thursday on two immigration bills that aim to beef up border security.