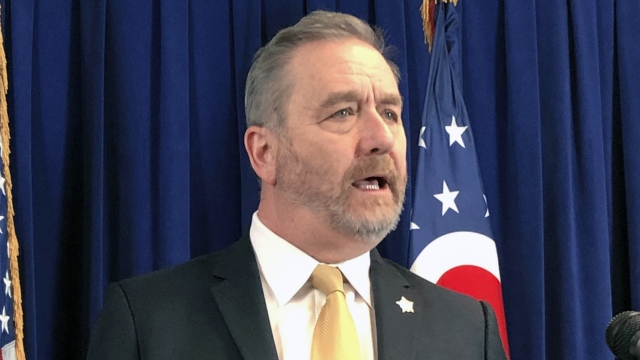 In an Ohio court room, a judge charged a 27-year-old Columbus man after police say he confessed to raping a 10-year-old girl on at least two occasions.

The 10-year-old victim was taken to a hospital in Indianapolis for abortion care, after Ohio banned abortions after six weeks, following the U.S. Supreme Court’s ruling on Roe v. Wade.

Police in Ohio say the young girl was raped in early May, and officers were first alerted to her pregnancy on June 22, after her mother reported it to child services.

The suspect’s arrest and subsequent charges is quieting a firestorm of doubt over the validity of details surrounding the horrific crime.

Ohio's Republican Attorney General, Dave Yost, raised serious doubts the crime even happened, and he wasn’t alone. Among Republican lawmakers being called out for their comments is Congressman Jim Jordan, who claimed the story was a lie in a now-deleted Tweet. 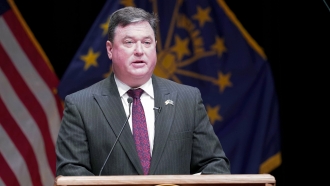 AG: Doctor Who Performed 10-Year-Old's Abortion Could Be Charged

Lawmakers took aim at the IndyStar’s reporting about a doctor who said helped the little girl get an abortion after crossing state lines at 6 weeks and 3 days pregnant.

"This girl was politicized, politicized for the gain of killing more babies,” said Rokita.

Following Rokita’s statements on Fox News, and other local media outlets, attorneys for Dr. Bernard sent him a cease-and-desist for “casting the doctor in a false light and allege misconduct in her profession.”

Bernard’s report to state health officials on July 2, two days after the procedure was performed, indicates the pregnancy was the result of the patient being "abused." Bernard’s attorney maintains the doctor violated no laws.

“Even the barest minimum of homework on his part would have found that that report had been timely done,” said DeLaney.

Following news of the suspect’s arrest, Yost issued a statement saying, "We rejoice anytime a child rapist is taken off the streets." Other Republican lawmakers are now apologizing and taking back comments that the story was a hoax.

Some legal experts say fights like this will become more common now that Roe is overturned.