Lawmakers Push Back Against Trump's Comments At NATO Summit 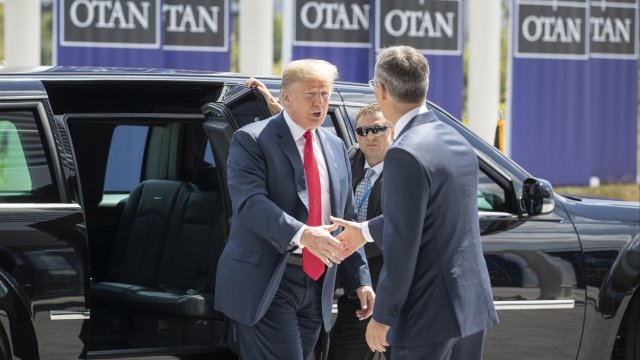 Lawmakers on both sides of the aisle are pushing back against President Donald Trump's rhetoric at the NATO summit.

During his first full day in Brussels, Trump claimed Germany is "totally controlled" by Russia, and he called for NATO members' defense spending to increase to 4 percent of GDP.

On the Republican side, the criticism wasn't quite as strong.

"I subscribe to the view that we should not be criticizing our president while he is overseas, but let me say a couple of things. NATO is indispensable. It's as important today as it ever has been," said House Speaker Paul Ryan.

And NBC reports GOP Sen. Bob Corker was concerned about having a "rough meeting with NATO," and Sen. Orrin Hatch said it's possible to be "too critical" of U.S. allies.