Lawmakers Are Playing The Blame Game During The Government Shutdown 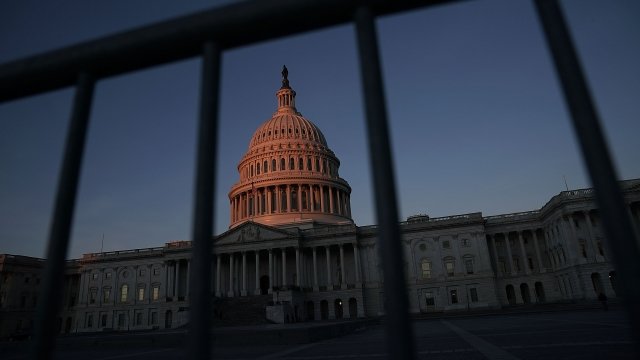 SMS
Lawmakers Are Playing The Blame Game During The Government Shutdown
By Casey Mendoza
By Casey Mendoza
January 20, 2018
Between #DemocratShutdown, #SchumerShutdown and #TrumpShutdown, who's actually to blame?
SHOW TRANSCRIPT

The government shut down Friday night, and many are looking for someone to blame. 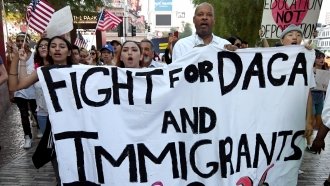 In Tweets, Trump Suggests A DACA Deal Is Unlikely

On the other side of the aisle, Democrats have been tweeting out "#TrumpShutdown" — a phrase that soon became the top trending hashtag worldwide. That trend is consistent with a poll from The Washington Post and ABC News. It reports that more Americans surveyed blame Trump and the Congressional GOP, not Democrats, for the shutdown.

That's likely because Republicans are in charge of the government right now, holding both houses of Congress and the White House. Many outlets note that this is the first time a shutdown has happened under those circumstances since the Carter administration.

But spending bills have always been notoriously difficult to pass. In the past four decades, Congress has only been able to pass required appropriations measures on time four times. Government shutdowns have occurred a total 18 times since the current federal budget process was first established in 1976.