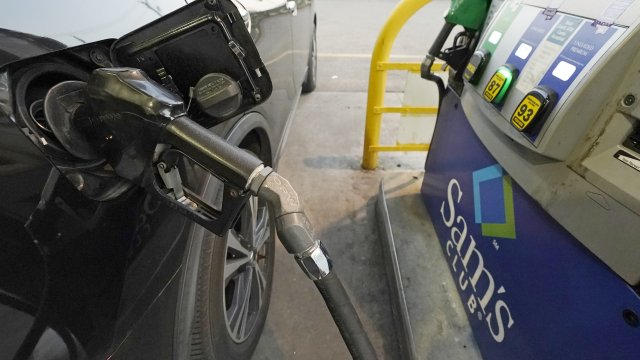 With record-breaking gas prices poised to soar even higher, some governors are ramping up calls on Washington to suspend the federal gas tax.

But experts warn getting rid of the gas tax won’t necessarily make gas cheaper for consumers.

"It's a little unclear because the gas tax is not paid at the pump, it's actually paid by the oil companies earlier and built into the price by the time it reaches the consumer," said Ulrik Boesen, a senior policy analyst at The Tax Foundation.

Democrats in the House and Senate have introduced bills that would pause the gas tax until next year. And it would be up to the Treasury Department to ensure oil companies pass that tax break on to customers — something even House Speaker Nancy Pelosi admits would be difficult to enforce.

Critics of a gas tax holiday point to the fact that the money goes into the Federal Highway Trust Fund, which finances most federal road and transit projects.

"If you were to take away the gas tax, you also taken away about $20 billion for this calendar year," Boesen said. "That's money that's supposed to be spent on highways and infrastructure, and it's built into that bill."

But as Americans continue to struggle with the increasing cost of everyday goods... High gas prices could threaten democrats holding onto slim majorities in congress and heading in to a tough election season.