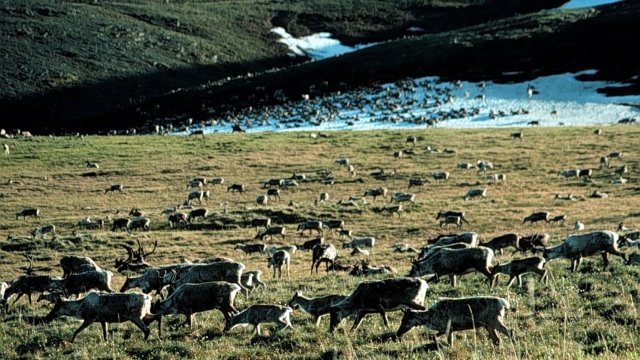 SMS
Lawmakers May Soon OK Drilling In The Arctic National Wildlife Refuge
By Tyler Adkisson
By Tyler Adkisson
November 6, 2017
Republicans wanted to drill in an-oil rich area of an Alaskan refuge for decades, and the political stars are perfectly aligned for that to happen.
SHOW TRANSCRIPT

After a four-decade legal battle, the government might OK drilling for oil in one of the Arctic Circle's most diverse wildlife areas.

The Arctic National Wildlife Refuge is one of the largest refuges in the United States; it's about the size of South Carolina. Forty percent of its land is designated as wilderness, meaning it's legally protected from development.

But politicians have long fought over whether to lease part of the refuge for drilling. Area 1002 likely sits on billions of barrels of oil, and Republicans say it could fetch a hefty price. But Democrats say the area is "critical habitat" for local wildlife — too important for drilling.

And the Fish and Wildlife Service recently reversed its stance on protecting the refuge from commercial development. Without that protection, the Republican-held Senate could approve development under "budget reconciliation," which requires only a majority vote and can't be filibustered. 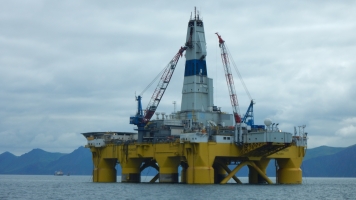 Although unlocking Area 1002 could be easier than ever, it's unclear if drilling would be as profitable as Republicans say. The Congressional Budget Office said about 10 years ago it could make up to $5 billion from the refuge's oil, but the price of oil has dropped considerably since then.