Lawmakers Look To Stop Scammers Who Are Seizing On The Pandemic 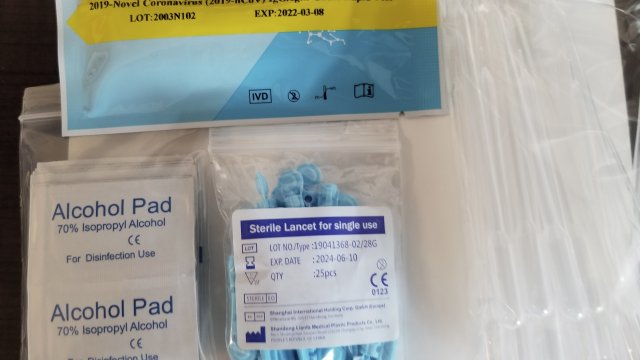 SMS
Lawmakers Look To Stop Scammers Who Are Seizing On The Pandemic
By Haley Bull
By Haley Bull
February 1, 2022
Lawmakers say a patchwork of laws and inconsistency is hurting the ability to slow the spread of scams.
SHOW TRANSCRIPT

Scammers have seized on the pandemic since it started, and they haven't let up.

From price gouging on COVID tests, to fake PPE and faulty testing sites, they're taking out of Americans' pockets, and lawmakers want it to stop.

"I am deeply frustrated and disappointed that federal enforcements have failed to do more, and a part of the problem is almost certainly lack of sufficient authority," said Sen. Richard Blumenthal of Connecticut.

The Federal Trade Commission says it received more than 292,000 reports associated with COVID-19 fraud, pointing to a surge in consumer complaints.

The agency says it’s fighting back, including with authority under the Consumer Protection Act of 2020, but during a hearing, senators questioned if the steps are enough.

"We passed the Consumer Protection Act, and Senators Wicker and I were sponsors of that, yet the FTC has only brought three civil penalty cases with this authority, so we want a strong FTC pursuing these cases," said Sen. Maria Cantwell of Washington.

The agency acknowledges there's more work to be done. It explained a Supreme Court ruling impacts its ability to get monetary relief and pointed to challenges with social media.

"This battle remains uphill so long as the digital platforms continue to wash their hands of the fraud they are facilitating," said Samuel Levine, director of the Bureau of Consumer Protection at the Federal Trade Commission.

While fraud continues, the question is what other tools and other authority is needed to stop scammers, especially in the midst of a deadly pandemic.

Some consumer groups painted the picture to senators as well, noting spikes in prices of at home tests and surges in counterfeit masks.

A big point Tuesday at the Capitol was that state attorneys general have taken action, but one watchdog group says it's a patchwork of laws and consistency.