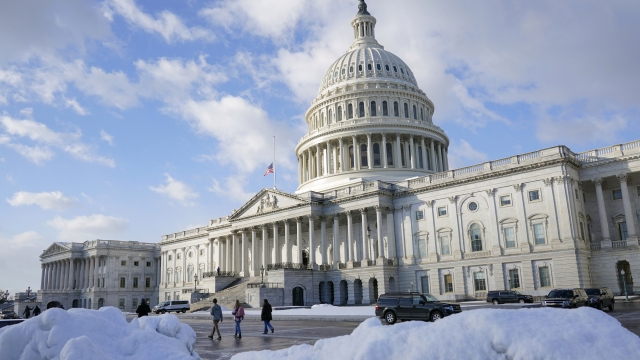 Amid heightened tensions between Ukraine and Russia, lawmakers are looking at the potential implications of next moves.

The Pentagon announced it planned to send forces to Poland, Romania and Germany to bolster NATO's eastern flank, while more forces remain on standby.

The U.S. Helsinki Commission, a commission independent of the federal government, met Wednesday to discuss the developing situation and hear insight into the implications beyond Ukraine and what messages potential U.S. actions send.

"The Kremlin's threat menaces not only Ukraine, our partners in Georgia, and the wider region but also the long cherished dream and long standing bipartisan U.S. policy to work towards a Europe whole and free," said Sen. Ben Cardin, the commission's chairman.

It comes as Congress debates sanctions on Russia.

Ukraine's foreign minister said it's preparing for all possible scenarios, but that active diplomacy works.

"It puts a lot of pressure on us but it is still insufficient for a large-scale military operation against Ukraine," said Dmytro Kuleba in a video released by the Ukranian Foreign Ministry.

During the commission hearing, lawmakers heard expert testimony into Ukraine and Russia from high profile witnesses.

Former ambassador to Ukraine William Taylor explained it can't be assumed Putin’s bluffing since he’s invaded before, but that he’s looking at unity and the possibility of severe sanctions. Taylor said actions have appeared to deter an invasion for now, but reiterated strong steps until Putin withdraws military force.

"We should continue to make clear to Moscow we are open to negotiation as Chairman Cardin has said … but not under the current coercive circumstances," said Hill. "We need to reframe this crisis for what it is as the administration has just done in the United Nations. This Is not a proxy conflict, this is not aggression by the United States or NATO, this is not a righteous effort to counter some great historic wrong as President Putin says. This is an act of post colonial revisionism."

On the Hill, the move to send troops to Europe drew praise, as well as a split reaction between high profile Republicans.

Senator Lindsey Graham said he completely supports the decision, while Senator Josh Hawly called it a mistake, pushing for a focus on China instead. Senator Mitch McConnell praised it, but also called for more assistance to Ukraine and sanctions now.

"Yesterday, I was glad to hear that U.S. forces are finally moving to reinforce our Eastern Flank allies. I urged President Biden to take this step nearly two months ago. I hope this belated action will lead other NATO allies to follow suit," McConnell said.