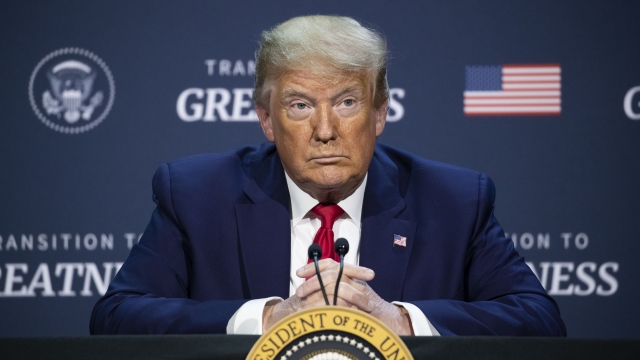 Some lawmakers are outraged over President Donald Trump's decision to hold a campaign rally on Juneteenth in Tulsa, Oklahoma, the location of one of the deadliest race riots in American history.

The chairwoman of the Congressional Black Caucus, Democratic Rep. Karen Bass from California, told NBC News the decision to hold a rally there "is disrespectful to the lives and community that was lost during the Tulsa race riot." She said, "This is ridiculous and yet another slap in the face to Black people."

Democratic Rep. Al Green from Texas tweeted: "A Trump rally with rebel flags (a symbol of slavery and racism) in Tulsa, OK (the place of Tulsa Massacre) on Juneteenth (a day of emancipation recognition) is more than a slap in the face to African Americans; it is overt racism from the highest office in the land."

Democratic Rep. Joe Kennedy from Massachusetts wrote: "The most racist President of my lifetime knows exactly what message he's sending when he goes there on Juneteenth."

When asked about the president's decision, the White House press secretary told reporters the African American community is "near and dear" to the president's heart. She said Juneteenth is a "meaningful day" for the president.

The last time President Trump held a rally was in early March, but his campaign had to suspend rallies because of the coronavirus pandemic. On Wednesday, he announced rallies were back on. He said he plans to hold rallies in Florida, North Carolina, Arizona and Texas.