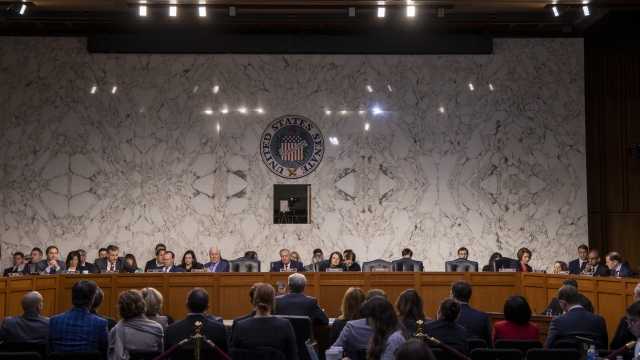 The report criticizes the FBI's standards.

Earlier this month, a watchdog report on the beginning of the FBI's Russia investigation revealed serious errors in the organization's wiretapping process. Now, lawmakers on both sides of the aisle — including some Republicans who previously voted to expand the FBI's surveillance powers — are calling for reforms.

Early on in the investigation, the FBI wiretapped former Trump campaign aide Carter Page. According to Justice Department Inspector General Michael Horowitz' testimony and the report itself, the FBI investigation — called Crossfire Hurricane — was opened July 31, 2016 after several days of discussions among bureau officials. The IG's office reviewed emails, texts and other documents related to that decision. Horowitz did not find evidence of political bias and says Crossfire Hurricane was opened with "sufficient factual predication."

Investigators were also found to have gotten the necessary approvals to pursue wiretapping Page. But the report criticizes the FBI's standards for who can approve a major investigation like that: It only requires a first-level supervisor to approve a wiretap. There's no evidence that any senior DOJ officials approved one in this case.

FBI attorneys assisting the investigation considered the FISA request to monitor Page a "close call." The request was denied at first. Then, Crossfire Hurricane received the infamous Steele Dossier. Horowitz says that was the final push needed to get the FISA application approved.

Despite the approval, there were inaccuracies in the application. And FBI policy requires a "full and accurate" presentation of the facts. One major issue was that the Crossfire Hurricane team had information that raised questions about the reliability of the Steele Dossier. The team didn't share that information with DOJ lawyers and omitted it from the final two FISA applications.

Here's another inaccuracy: Page had been confirmed as an approved contact for the CIA. But a former FBI lawyer altered an email to say Page wasn't working with the CIA. That lawyer is now under criminal investigation.

Page's wiretap has led to concerns among lawmakers that any American could be surveilled without a fair process. U.S. Sen. Mike Lee asserted FISA law as it is will be abused by the government, saying "it's not a question of if, but it's when and how soon will government officials get caught doing it."