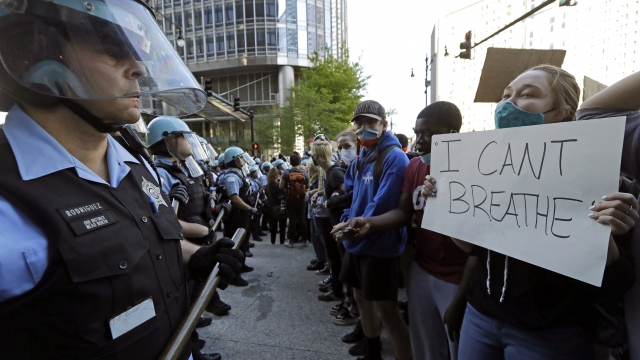 U.S. Rep. Justin Amash said he plans to introduce the legislation to Congress this week.

As protests against the death of George Floyd continue in cities all across America, Rep. Justin Amash of Michigan will introduce legislation that would allow victims to sue law enforcement officers.

The bill would get rid of the Qualified Immunity Doctrine, which can give public officials, including police officers immunity from violating constitutional and civil rights unless those rights were clearly established.

Amash wrote in a letter to his colleagues in Congress the doctrine "can create a permanent procedural roadblock for plaintiffs preventing them from obtaining damages for having their rights violated."

But according to the doctrine’s text, police officers whose actions clearly violate people’s rights, are already not eligible for protection under qualified immunity.

Amash said "The brutal killing of George Floyd by Minneapolis police is merely the latest in a long line of incidents of egregious police misconduct." Former Minneapolis police officer Derek Chauvin is facing third-degree murder and manslaughter charges after he was filmed holding his knee on Floyd's neck for more than eight minutes.