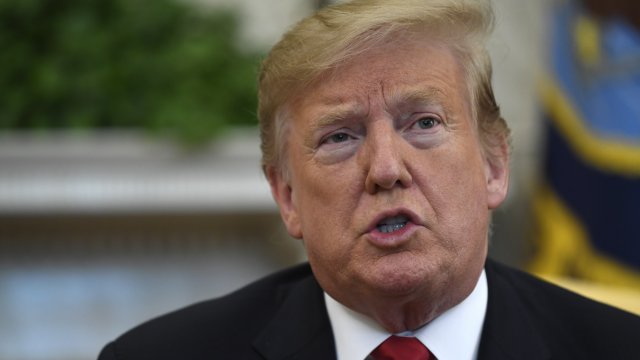 As of Tuesday, select members of both parties have now been briefed on reports Russia offered bounties to the Taliban for killing American and coalition troops.

“I left the briefing with far more questions than perhaps I arrived with,” Rep. Abigail Spanberger told Newsy.

A small group of House Democrats, including Spanberger — a former CIA officer — and Majority Leader Steny Hoyer were briefed at the White House but indicated the briefing was not led by intel personnel. Spanberger said she wants to hear specifically from CIA Director Gina Haspel.

“Who received initial potential reports of these allegations, and what steps were taken to keep our service members and civilian personnel safe in Afghanistan?” she said.

On Capitol Hill, other members are still waiting for a full congressional briefing, something Speaker Nancy Pelosi requested Monday morning.

“The biggest thing we need to know right now is what's happened: Who knew what? When? And those kinds of things,” explained Rep. John Boozman.

President Donald Trump maintains he wasn't briefed on this intelligence, even though the information was shared with commanders on the ground and America's allies. Rep. Adam Kinzinger, a veteran who was briefed yesterday with a small group of House Republicans, says he understands why others may have been told but the president has not.

“You know, it's basically like, 'Hey, we have indications this may be happening. Be aware, be prepared,'” he said. “If I was president, I absolutely would want to know. If I was briefing the president, I would probably brief him to that extent."

But Sen. Mark Warner, the vice chairman of the intelligence committee, isn't buying the administration line that he wasn't briefed because the intel wasn't rock solid.

“Intelligence comes from a variety of sources and our intelligence leadership weighs what you've reported,” Warner told Newsy. “The idea that you've got slam-dunk certified pictures is just not how the Intelligence Community works. I think this is a serious issue and I think we need to hold Russia accountable.”

Without commenting on the specific intelligence at hand, Warner says the president's inaction jeopardizes troops.

“I'm not going to comment on specifics, but this administration's unwillingness to call out [Russian President Vladimir] Putin puts Americans in harm's way,” he said. “This administration continues to kowtow to Putin, doesn't treat Russia as an adversary, and clearly, from these reports and things we see every day.”

Members of both parties, though, say should the reports turn out to be true, significant action should be taken.

“I hope the White House would be considering very strong repercussions for the Russian government and certainly not aligning ourselves with Putin,” Spanberger said.

“If in fact that's true, there'll be a lot of cause for additional sanctions. That's something we or our allies cannot tolerate,” Boozman said.