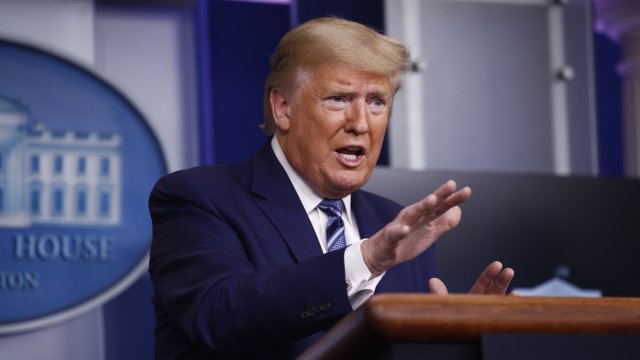 Ohio state Rep. Tavia Galonski says she wants President Trump prosecuted in international court for his promotion of hydroxychloroquine as a treatment for the coronavirus.

Galonski said Sunday: "I can't take it anymore. I've been to The Hague. I’m making a referral for crimes against humanity tomorrow. Today's press conference was the last straw. I know the need for a prosecution referral when I see one."

Galonski was responding to President Trump's repeated pushes for the anti-malarial drug to be used broadly to treat COVID-19, despite a lack of consistent evidence supporting its effectiveness.

"And I hope they use the hydroxychloroquine, and they can also do it with Z-packs, subject to your doctor's approval and all of that. But I hope they use it, cause I'll tell you what: What do you have to lose? In some cases, they are in bad shape."

Galonski told the Ohio Capital Journal she was serious about pursuing prosecution in the International Criminal Court but wasn't sure how she'd go about it.

President Trump has not responded to Galonski’s remarks. But on Monday, White House trade adviser Peter Navarro promoted hydroxychloroquine in a TV interview.