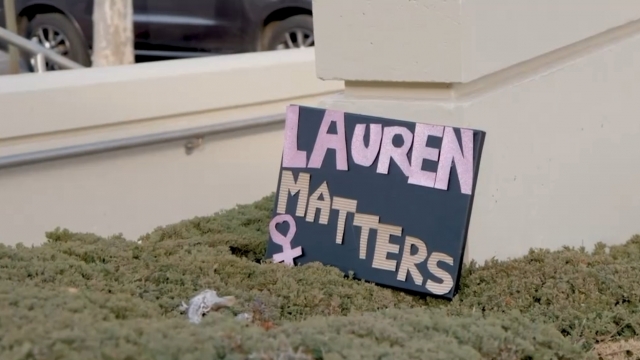 Smith-Fields' family insists her death investigation has not been properly handled.

A Connecticut medical examiner's office confirmed to Newsy that Lauren Smith-Fields' cause of death was acute intoxication due to the combined effects of fentanyl, promethazine, hydroxyzine and alcohol.

Smith-Fields was on a date the night prior with a man she met on Bumble.  The man said he spent the night with her and woke up to find her unresponsive.

But Smith-Fields' family is frustrated after her death was ruled an accident.

"We've been arguing from the first day the case started that if the police would've done the proper things, they could have found on this gentleman, whether, in fact, he had any trace evidence of fentanyl on his clothing, on his hand," said family attorney Darnell Crosland. "They could've done a DNA swab to see if it purports with the condom that was found in the bathroom, in the garbage, when he said he never had sex, he never took his clothes off."

"She never used drugs, she was a person who worked out every day in the gym," the attorney continued.

Smith-Fields' family insisted the death investigation has not been properly handled because the man involved is White. They also said an investigator told him to stop calling and inquiring about the case.

"How do you tell a family: 'Stop calling. Don't call me anymore.' And make us wait for almost two hours and never show up. Yeah, I want his badge," said Smith-Fields' mother, Shantell Fields.

Bridgeport police informed the family that there's no evidence pointing to the man as a person of interest. The family's attorney said if the man gave Smith-Fields the drugs, he should face legal consequences.

"The mere fact that this gentleman may have brought his drugs to the house and given it to Lauren, he's guilty of selling drugs under the 21a statute, and that's a 15-year felony. And so, the fact that she died then becomes a sale in a manslaughter connected directly," Crosland said.

Smith-Fields was found unresponsive in her apartment in Bridgeport, Connecticut, on Dec. 12 by a man she met through the dating app Bumble.

Over the weekend, Smith-Fields' family and hundreds of others marched in Bridgeport on what would have been her 24th birthday.

"Moving forward, I want them to give us answers and don't discard us like we're rubbish," said Smith-Fields' mother at the march. "And moving forward, I want Detective [Kevin] Cronin to be fired. I mean, this whole police force from the top to the bottom needs to be revamped."

"I would like to restate the city's condolences to the family and friends of Lauren Smith-Fields, and to the many caring individuals who have reached out seeking answers for Lauren," said Bridgeport Mayor Joe Ganim in a statement. "I recognize that the family and the community is experiencing a lot of pain because of the loss of a young woman in addition to unanswered questions and concerns about the way the matter has been handled."

"I have contacted the State Medical Examiner to request assistance in expediting this matter so that the investigation can proceed and detectives may provide a comprehensive report to the family and parents of Lauren Smith-Fields," Ganim's statement continued.

The family said it plans to sue the city of Bridgeport and the police department.

The dating app Bumble that was used has also confirmed that it is in touch with law enforcement.