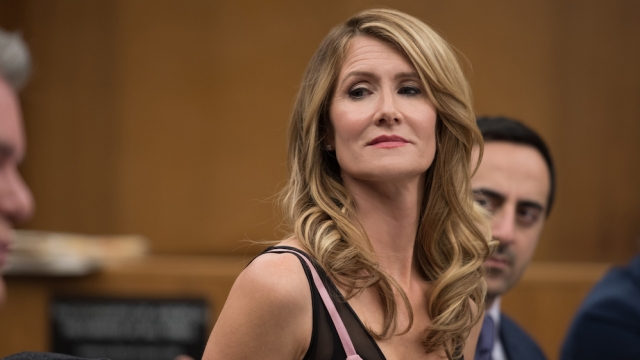 Laura Dern just won the Oscar for best supporting actress. It's her first-ever win at the Academy Awards.

"Can you tell me a little more about what's going on. Because part of what we're going to do together is tell your story."

For her role as divorce attorney Nora Fanshaw in Netflix's "Marriage Story," Dern was a favorite in the race. The actress was notably cast in the film before the script was complete, and Dern collaborated with writer and director Noah Baumbach on the character.

Before the Oscars, Dern's work on the film was honored at the Golden Globes, the Screen Actors Guild Awards and the BAFTAs.

After winning the Golden Globe for best supporting actress in a drama, Dern described "Marriage Story" as "a global look at what divisiveness is and how we must all come together as one for the sake of something greater."