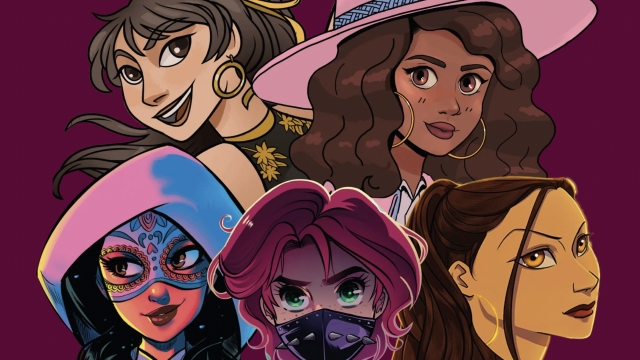 After two years of virtual events and shuttered convention halls, indie comic book artists are back in-person to unveil some of their newest projects.

California-raised filmmaker and writer Kayden Phoenix, who had a small press booth at this year's San Diego Comic-Con Special Edition, told Newsy: "I enjoy talking to people. I enjoy seeing their smile, right? When they look at the doll. You know, it's this little thing that just keeps you going and you're so enthusiastic, and you gain their energy."

Phoenix made her San Diego Comic-Con debut Friday with one of the first and only all-Latina superhero series "A La Brava."

The series centers on five Latina girls — each from different parts of the world — fighting real-world issues like human trafficking, refugee crises and violence against women.

"I'm so grateful that there is an audience," Phoenix said. "I definitely have higher aspirations for right now, but I am very grateful for the progress that I've had with it."

At her booth, Phoenix's series was a hit with women and young girls excited to see more representation in the comic book superhero world.

Diversity and inclusion in fiction and fandoms are big topics of discussion at several panels this year — from learning about the difference between cultural appropriation and appreciation, to breaking ethnic stereotypes in fiction, and of course, advancing Latina representation in the industry, a panel that was led by Phoenix herself.

One of her biggest goals isn't just to continue writing the books, but to someday see it turned into an animated series or live-action film — and as a result, get more Latina artists in Hollywood.